Ms. Nigar Nazar needs no introduction. Yet for those who may not know she is the first female cartoonist of the Muslim World. Nearly five decades ago she invented Gogi (a young female who isn’t afraid to speak her mind) and started designing comic strips for a local newspaper making it the first ever to be set in Pakistan. Since then Gogi has achieved mass popularity and through her she has brought to fore many social and political issues in a humorous manner. Ms. Nazar has also been the flag bearer for Pakistan all over the world through her work.

Yet from the beginning of her career she has been championing the cause of women’s rights and has earned many distinctions such as in 2005 she was conferred the Mohtarma Fatima Jinnah award for her contribution to Art. In 2014 she was chosen by the BBC as one of the ‘100 Global women who had made a difference’.  In 2015 her book, “Gogi says No to Corruption” which was designed for NAB, was launched by President Mamnoon Hussain at the Presidency, and in the same year a short documentary about her was produced and aired by a leading Japanese Television channel.

While 2019 is already is going very well for as she has been featured in Maliha Abidi’s ‘Pakistan for Women’, an illustrated book which tells the stories of 50 Pakistani women who have ‘achieved something extraordinary!’ Ms. Nazar was the chief guest at the pre-book launch held in Islamabad on 28th February. 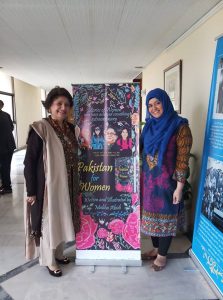 Then on 7th March she was given the ‘Best Cartoonist’ award at a seminar in Islamabad held on the occasion of Women’s International Day entitled “Role of Women in the Development of Pakistan and our Social Responsibilities”. 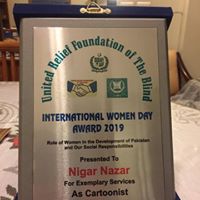 Last but not the least she has been featured in the March edition of ‘Hello! Pakistan’ as one of the ‘12 Motivational Women Who Can Spur You To Action’

Recently, House of Pakistan got an opportunity to have an interesting conversation with Ms. Nigar Nazar.

Q1. What incident lead to the creation of Gogi and how did you select her name?

Ans.  There was no particular incident, it all began with my passion for reading comics, and as much I liked foreign ones, I yearned to read Pakistani comics, but never found any. At that point I decided that one day I would make comic books myself. This dream was realized when I studied Art.

I didn’t come up with the name myself, actually I had a girl in my class who was quite popular and had a nickname ‘Gogi’ which I took a liking to…

Ans. I have 3 huge compilations as well as boxes filled with countless number of cartoon strips, so I really can’t give you the exact number. In Pakistan my cartoon strip first appeared in The Sun daily (Karachi) and after that they were printed in all local newspapers. They have also been published in countries such as Turkey, Libya, Australia, UK, Africa and Kyrgyzstan.

Q3. How does it feel to be the first female cartoonist of the Muslim World?

Ans. It feels just wonderful that Pakistan took the lead. It is a matter of great pride that I was able to achieve this for my country.

Q4. When and why did you set up Gogi Studios?

Ans. My first comic book for UNICEF was ‘Nanhay Doctors’ in the 1994, which revolved around health and hygiene. It was translated into all of our provincial languages, and countless editions have been printed to date.

Then onwards I started getting many projects from UNICEF, and that is when I felt I needed a team and a platform from where I could work. So I initiated the studio at that time. Since then I have also organized many campaigns on creating awareness about human rights through various mediums.

Q5. Which achievement is close to your heart and why?

Ans. While I was in Mozambique during 1986-88, I led a campaign to refurbish a school for the local children in Maputo. It was inaugurated by Lady Mandela, who had brought a map with her; on which she pointed out Pakistan to the children. She then told them that a lady from this country had made all this possible. The children then shouted out ‘Pakistan’  in unison…that was an unforgettable moment!

Where Gogi is concerned; the positive feedback I get from the children who receive my books is a real source of joy to me.

Q6. You have created 27 books until now in Urdu, English and Pashto; however your favored language is ‘Urdu’. What is the reason for that?

Ans. Urdu is our national language which needs to be safeguarded and that is only possible if it is promoted favorably among the public especially the children on a large scale. Therefore it has been my sincere endeavor to create good quality and colorful books written in Urdu, set in their own surroundings, so that children can enjoy reading in their own language. We need to realize that Urdu is your root while English is your route to modern knowledge

Q7. Could you tell us about you outreach program?

Ans.  Until now around 18,000 children have received a bag filled Gogi books and stationary. Wherever they are sent; we organize an interesting program and a session called ‘fun with a pencil’. Gogi is also present there.  These have taken place in Dera Ismail Khan, Kot Radha Kishan, Rahim Yar Khan, Swat and peripheries of Islamabad.

I myself also sponsor hundreds of comic book sets and distribute them among underprivileged children every year.

Q8. Recently you held a session at the Children’s Literature Festival Islamabad, what was it about?

Ans. My session comprised of a number of activities and the purpose was three-fold: 1) I wanted to open the windows of their minds towards creativity. To teach them how they could have fun with just a pencil and paper. And for that they have to be observant and sensitive to their surroundings. 2) To instill in them the love for their country and to be proud of it. They should be motivated to learn about our natural and cultural heritage. 3) To create awareness about their responsibility towards the environment. 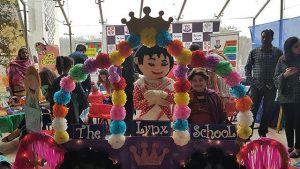 Q9. Is the subject on cartoon creation being offered in any institute at the moment?

Ans. No institute is offering the subject, although I am very inclined that it should be made part of the curriculum. I myself have been conducting workshops for many years in various institutes such as Karachi Institute, Indus Valley Schools of Arts, Lahore Gymkhana, NUST, Fatima Jinnah University etc.

Q10. Can you tell us about your upcoming projects?

Ans. Over the years I have done bus and van wrappings for different organizations consisting of my Gogi cartoons that gave a meaningful message on themes such as child safety, ghost schools, literacy, women’s rights etc. Now I have done wrappings on ‘forced marriages’, which will be launched in Gujranwala and Mirpur soon.

The second edition of my ‘Baby Record Book’ is under publication. This will be followed by three other books, which cover the following topics:  1) tourism 2) etiquettes 3) how to study.

I am also developing a program on how to draw cartoons which will be broadcast through different mediums.

And in the near future I would like to use the platform of social media to train children in skills of life i.e. how to combat problems through ‘cartoons and stories’, because they have the maximum impact. I want to play a part in their character building.

Q11. What advice would you give to budding cartoonists?

Ans. You must be able to look at the lighter side of things. You also have to be thick skinned, because you will face rejection. Yet if you are passionate about it, keep at it because most importantly being a cartoonist allows you to become an instrument of creating awareness about important issues in the society. However be clear that you cannot make a living by just being a cartoonist.

You can learn more about Ms. Nigar Nazar here:  https://web.facebook.com/GogiStudiosOfficial or http://www.gogistudios.com/ 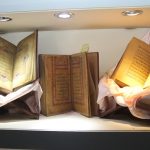 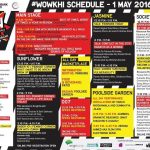 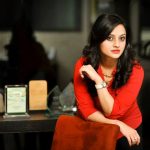 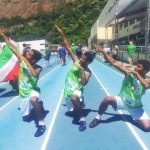 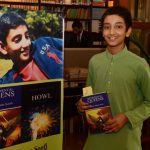